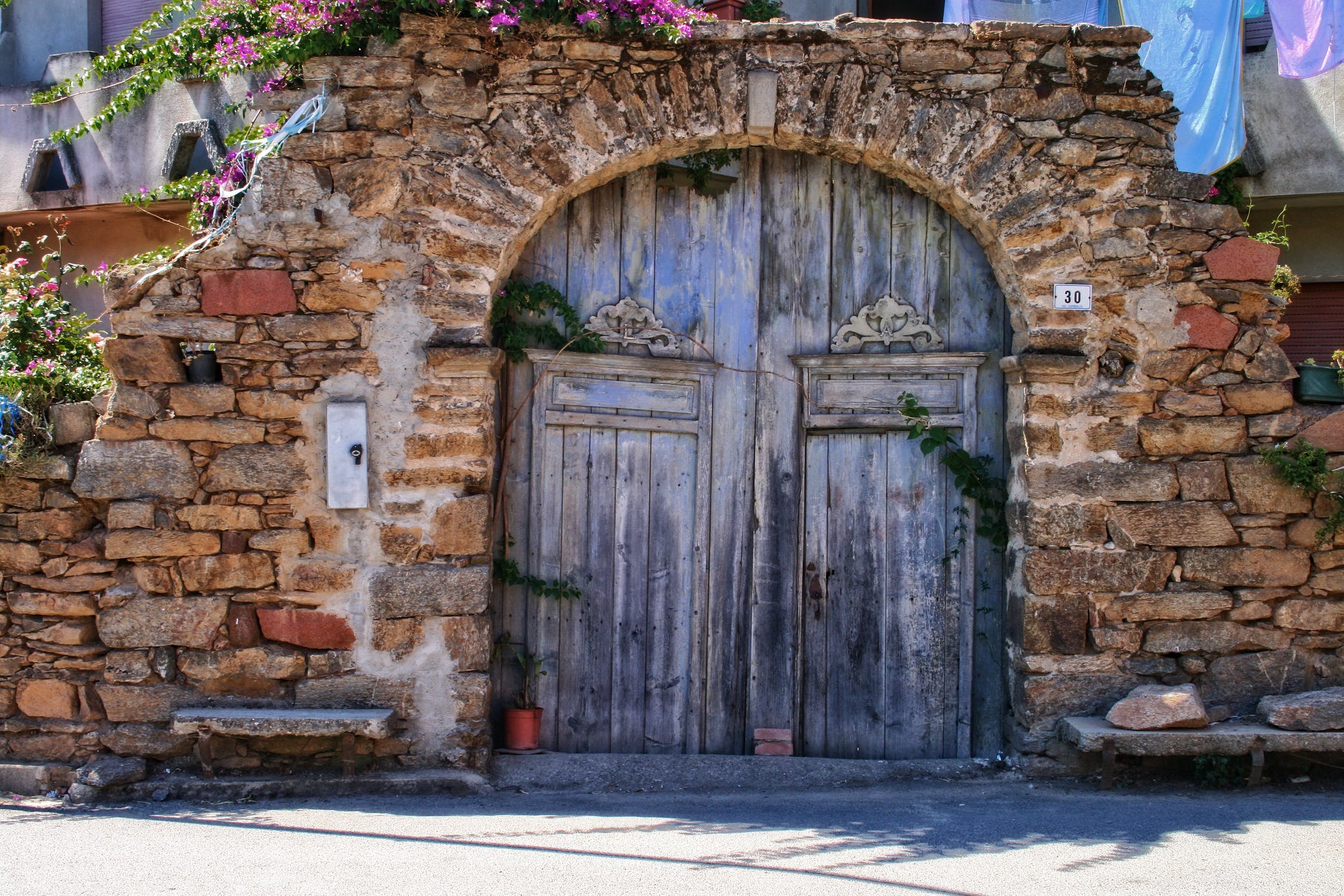 Traditionally, the judicial recovery of arrears in mortgage loan or credit agreements formalized with individual consumers was carried out through the filing of mortgage foreclosure proceedings under Book III of the LEC (forced execution) and Chapter V of Title IV (execution on mortgaged and pledged assets).

The filing of such executive action is based on the previous declaration by the creditor of the early expiration of the loan or credit justified by the non-payment of one or more installments under the terms agreed by the parties in the loan or credit deed itself (normally , clause or pact sixth bis, causes of early termination).

Law 1/2013, of May 14, on measures to strengthen the protection of mortgage debtors, restructuring of debt and social rent, modified article 695 of the LEC, introducing as a cause of opposition to the foreclosure “the abusive character of a contractual clause that constitutes the foundation of the execution or that had determined the amount required “. In addition, the second paragraph of article 552.1 of the LEC allows the court to examine ex officio whether any of the clauses included in an enforcement title of those cited in article 557.1 can be qualified as abusive.

These provisions led to a general court ruling declared void as abusive clause or pact sixth bis of loan or credit agreements that provided as a cause of early maturity the non-payment of one or more quotas, either ex officio or resolving the opposition to the execution of the executed part.

The consequence of this declaration of nullity as abusive is in most cases the dismissal and shelved of the execution, although some courts, despite declaring the nullity of the clause, nevertheless order the continuation of the execution if the declaration of the anticipated expiration made by the creditor and the claim for execution has been carried out in accordance with the provisions of art. 693.1 of the LEC, that is, having expired at least three monthly installments without the obligor having fulfilled his obligation to pay or a number of installments such that the debtor has breached his obligation for a term at least equivalent to three months.

Once the foreclosure is over, or for new cases of non-payment, the credit institutions have opted for the filing of ordinary lawsuits in the exercise of the declaratory action of early expiration or loss of the right to use the term of art. 1129 of the Civil Code and the action of contractual resolution of art. 1124 of the Civil Code in the sense of requiring the debtor to comply with its obligation by paying what is owed (including the capital pending maturity).

These lawsuits are usually fully assessed by the majority of courts and tribunals, although in some cases some courts may dismiss the claim opposing either the unilaterality of the loan contract (not applicable to the credit agreement) that prevents the application of the action of art. 1124 of the Civil Code, or the absence of an essential and serious breach (in this case they partially estimate the claim in relation to the amounts due and unpaid).

Another issue arising in the filing of the declaratory action of early expiration and resolution of art. 1124 is that some courts of first instance have considered that the declaration of a contractual resolution entails the extinction of the mortgage guarantee. However, they are a minority and there is relevant jurisprudence of the provincial hearings that are pronounced in the opposite direction (among others, Sentencia de la Audiencia de Madrid nº 425/2018, of October 11th).

Once a favorable judgment has been obtained in the first instance, a claim for enforcement of the judicial title is filed, with the principal interest being the sale in public auction of the mortgaged property, the mortgage retaining its preference as regards the payment and the effectiveness of the credit of the recognized actor. the judicial title, in the terms of article 681 and following of the LEC, and without the limits of the mortgage liability being applicable if the owner of the mortgaged property is the same debtor. Some courts understand, however, on this point, that when dealing with the execution of a judicial title, it is not possible to sell the mortgaged property in public auction in accordance with the provisions of arts. 681and following, but the preventive annotation of seizure of the property under the provisions of art. 629 of the LEC, which leads to the loss of the rank of the mortgage guarantee if there are charges subsequent to the mortgage and prior to the preventive annotation of the claim that therefore will subsist after the sale in public auction of the real estate.

After the approval by the Pleno del Congreso de los Diputados on February 21st of the draft law regulating real estate credit contracts, whose text was published on March 7 in the Official Gazette of the Congress of Deputies and whose publication in the BOE is scheduled for the end of this week (although in its text a three-month vacatio legis is foreseen, so it will not take effect until the end of June), the question arises whether its application will mean any change in the current scenario.

In this regard, and in the first place, we must bear in mind that the first transitory provision of the Law regulating real estate credit contracts stipulates that “the Law will not apply to loan agreements signed prior to its entry into force.” (point 1). However, point 4 adds:

This leads us to ask ourselves when the early expiration of the contract occurs.

By the last paragraph of the transitory provision, it seems that it is at a time prior to the formulation of the executive demand. Could it be the default, the closing and fixing of the debt? The extrajudicial claim? In these last two cases, it would be as easy for credit institutions to reconcile the debt after the entry into force and send new burofaxes (when the client has avoided collecting the first one, which happens very often) to enter the temporary scope of application of the new law. In the event that the judges understand that it is the non-payment of 12 or 15 installments, it must have occurred once the Law comes into force. If 12 or more installments have been unpaid (or 15 or more installments) prior to the entry into force of the Law, this would not be applicable.

For cases in which the new law is not applicable, it seems that everything remains the same, that is, very reasonable risk of declaration of nullity due to abuse of the clause of anticipated expiration and dismissal of the foreclosure.

But even in cases where the new law is applicable (that is, the expiration due to non-payment of 12 or 15 installments occurs after its entry into force) we can not rule out that the courts will not continue to be declared null the early maturity clauses in most cases.

Accepting that a contractual clause that reproduces a legal provision can not be considered abusive, we can not forget that the clauses of the loans or credits formalized by most of the banking entities before 2013 say that the failure to pay will be the cause of the early maturity of the loan. of “some” of the deadlines (others say “one or more deadlines”). They do not therefore conform to what the new Law says (at least 12 terms in the first half of the loan and 15 in the second half), and per se, they are abusive, which justifies their declaration of nullity and expulsion of the contract without possibility of integration. This is what the courts and tribunals that override foreclosures have been upholding. Those who do not do so are based on arguments according to which one should not assess the abusiveness of the clause, taking into account only its literalness, but also the practical application that the creditor has made of it, so that if he has waited for the the period of time stipulated in the Law (from the entry into force of the new law regulating real estate credit agreements, 12 or 15 months) there is no abuse (or if there is abuse, the clause is declared void, but the court agrees to continue with execution execution because its application is in accordance with the Law).

In summary, if we are talking about executing loans or credits whose clauses are of the type “lack of payment of one or more installments”, the new Law does not change the scenario too much, and the courts or tribunals still have arguments to declare the abuse and nullity of the early expiration clause and cancel the foreclosure as before. In other words, the avoidance of the risk of dismissal of foreclosure is not so much due to the fact that the new law is temporarily applicable to the contract, but because the wording of the contractual clause is in line with the legal provision or not, and I’m afraid the lawyers will find few unpaid contracts with clauses that do not use the formula “lack of payment of one or more installments”.